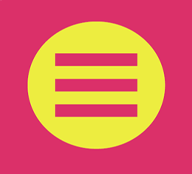 Thank you for stopping by “Fur Real Though…”, a blog for our wonky pets that may have been overlooked and underappreciated in their past lives. At Humane Fort Wayne, these animals show us their best sides and we want to share their full potential as adoptable pets. 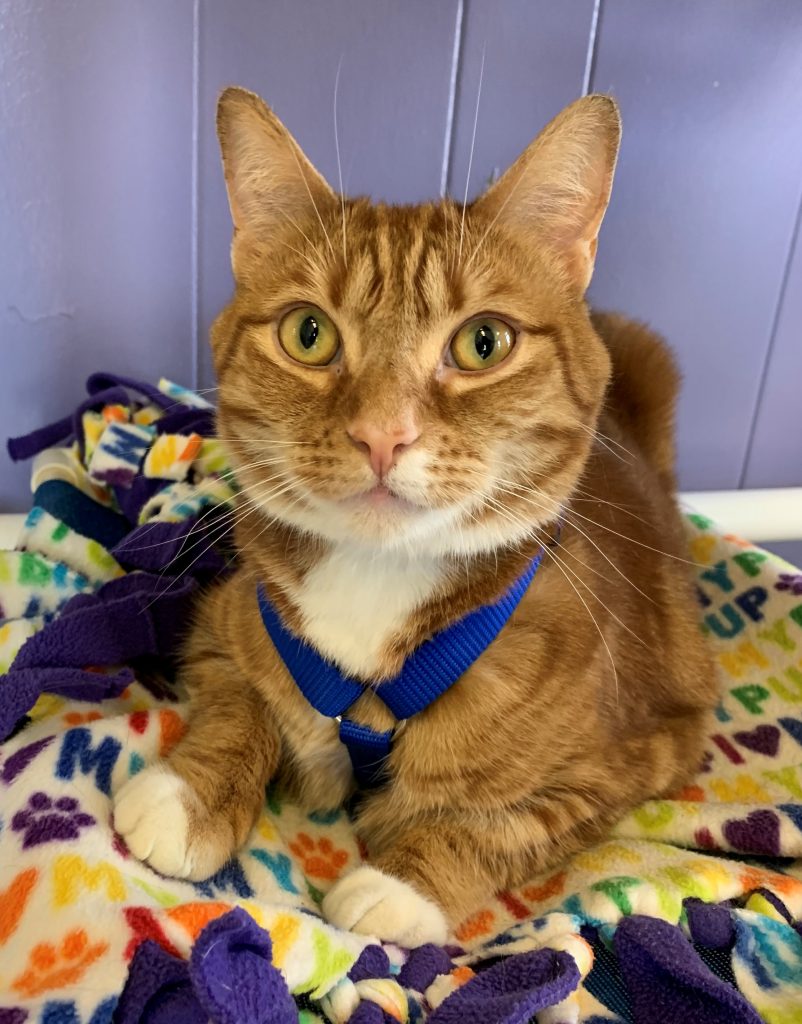 Are you in need of an adventure buddy? Well look no further! Clay is the purrfect man for the job! Clay is a seasoned adventurer who has mastered using a harness and leash. Clay is only two, but can nap like a geriatric cat, and plays like a kitten. He was once confused with a [...] 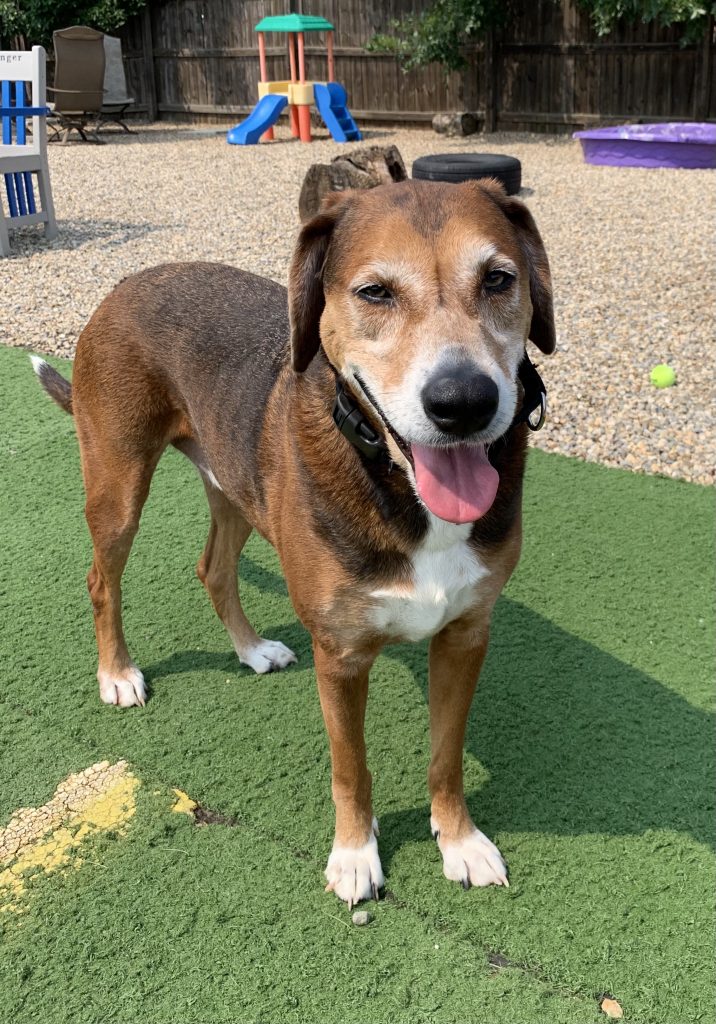 Are you looking for a low-maintenance roommate? Then Tibbs the Hound Mix may be the perfect dog for you! Tibbs is an older gentleman (6-years-old) who is looking for someone to love him and give him a home. He likes other dogs, but doesn’t appreciate roughhousing. Instead, he has mastered the art of the couch [...] 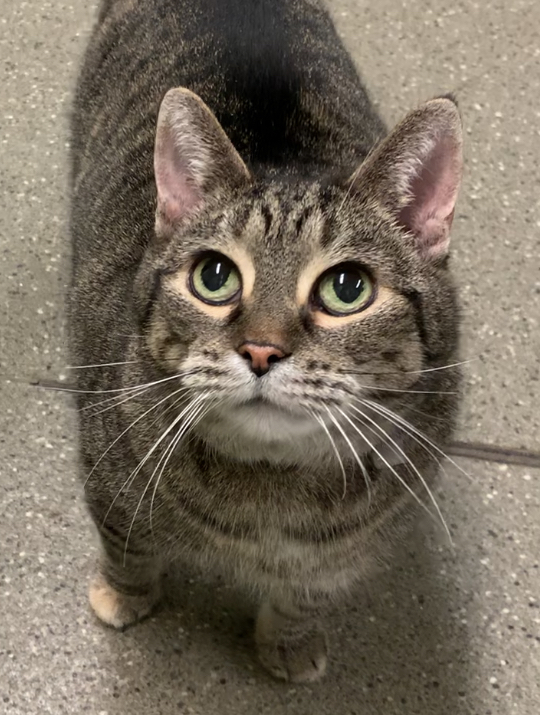 Adopt Nellie Oleson To Give Her A Little House Of Her Own!

Nellie Oleson is a retired performer, long tired of high fives for crunchy treats. She's exploring what she really loves doing, jumping hurdles for tuna tube snacks! Nellie has been in our program for far too long and she's growing tired of this place. While we work hard to keep her mind occupied, she wants [...] 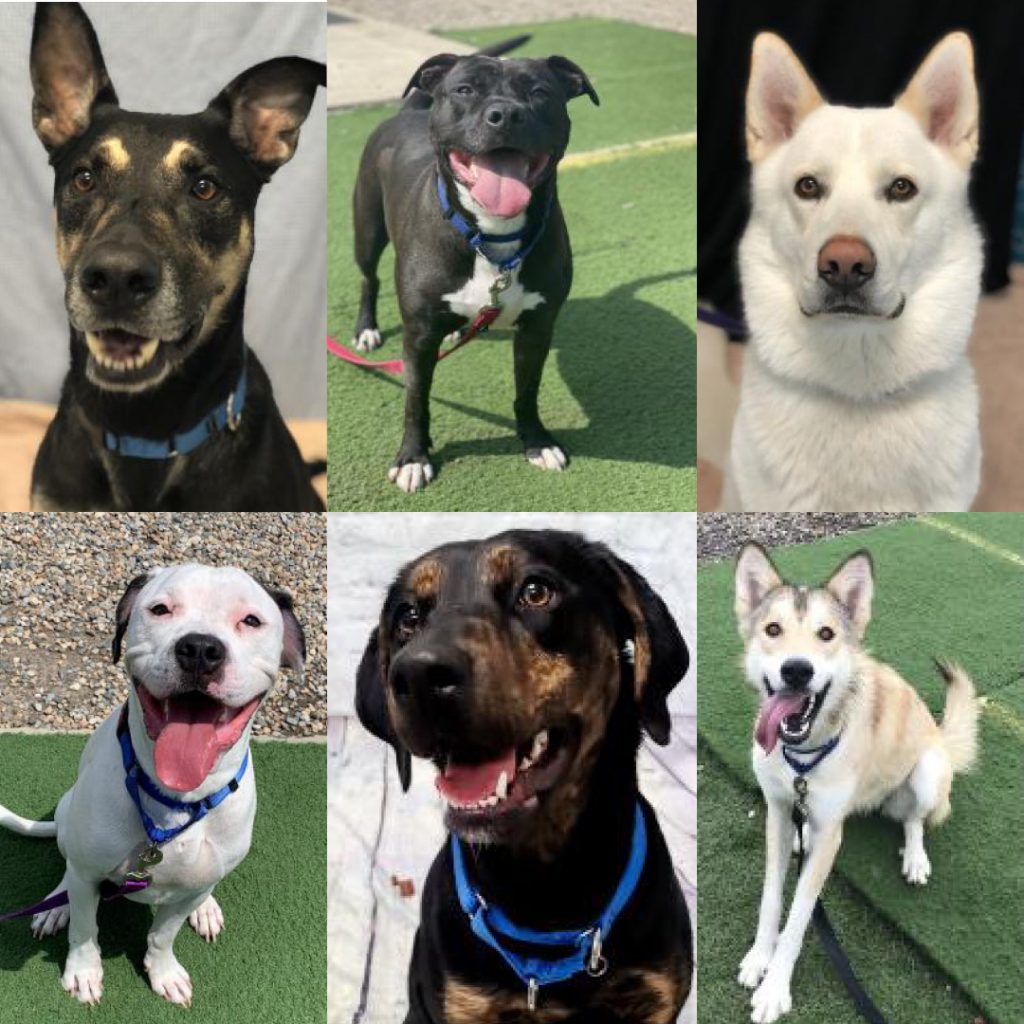 Adopt Or Foster To Save Lives!

With the shelter’s kennels full of so many dogs, we wanted to feature everyone this week! Some adult dogs are overlooked and underappreciated when they can give just as much love as a young puppy. By adopting an older dog, you are giving them a second chance at finding their forever home! Here are just [...] 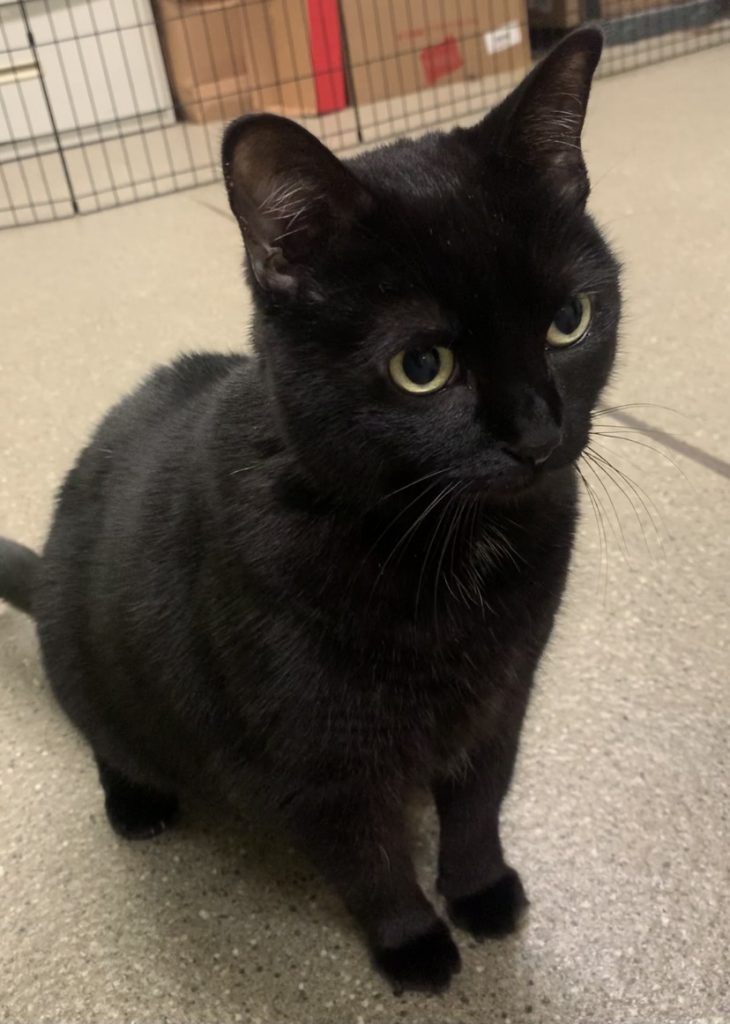 Depeche Meow is our resident emo/goth girl. While many of our cats enjoy the catnip pools and laying in the sun, Depeche Meow purrfers to stay in the shade and hang out with a few friends instead of big crowds. She enjoys the silence and just can't get enough head scratches, but sometimes will get [...] 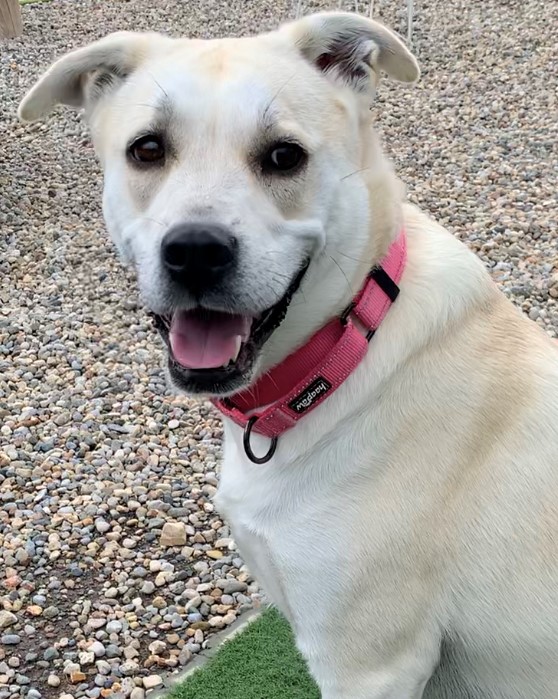 Dogs are wonderful companions who make our lives infinitely better. The beautiful Kataleya is no exception! She is a 3-year-old Retriever/Mix looking for the perfect family to take her home. With all of the changes at the shelter, Kataleya has some separation anxiety, but there are many tips, tricks, and advice that the HFW staff [...] 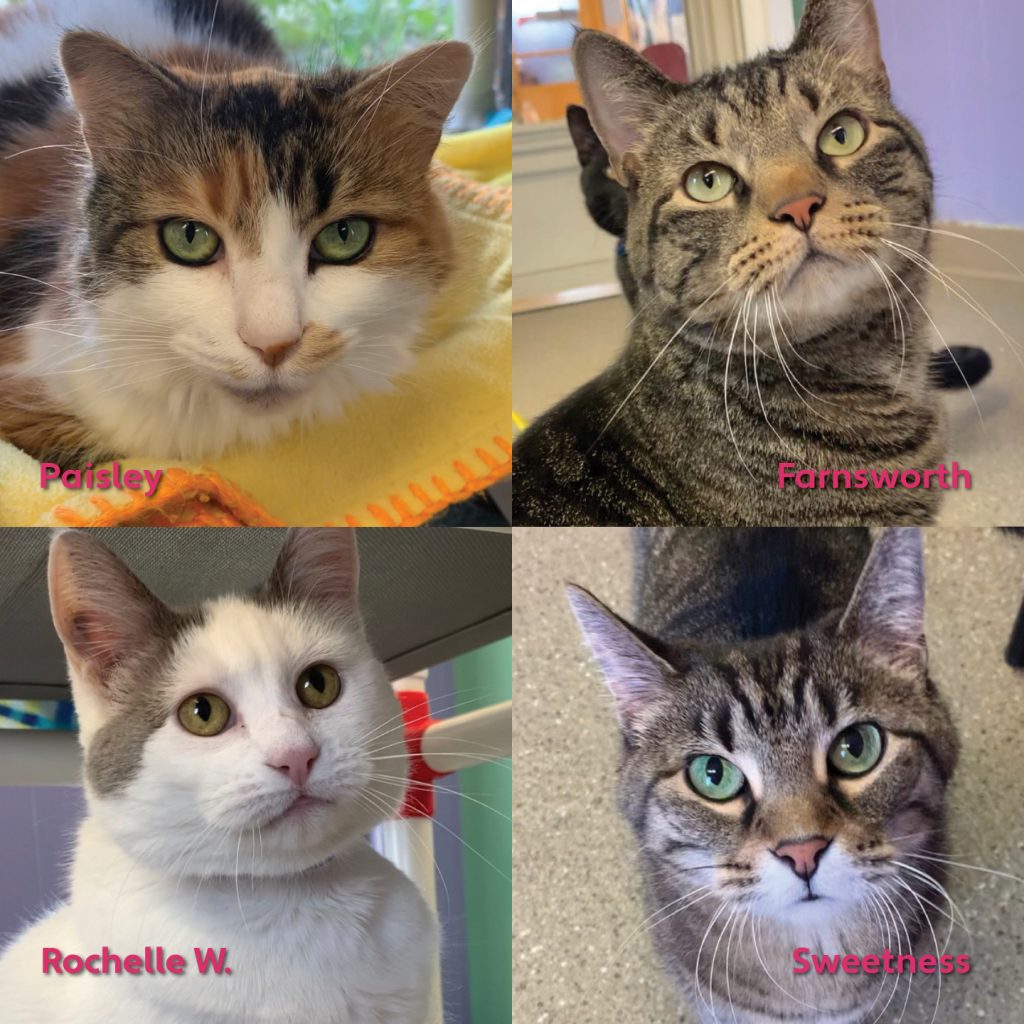 Here at Humane Fort Wayne, we value all cats - even the ones that are often overlooked and underappreciated. There are a few lovely felines that have been at the HFW Shelter for a while that are incredibly sweet and friendly, but have just not found their purrfect match yet. Rochelle W. is a very [...] 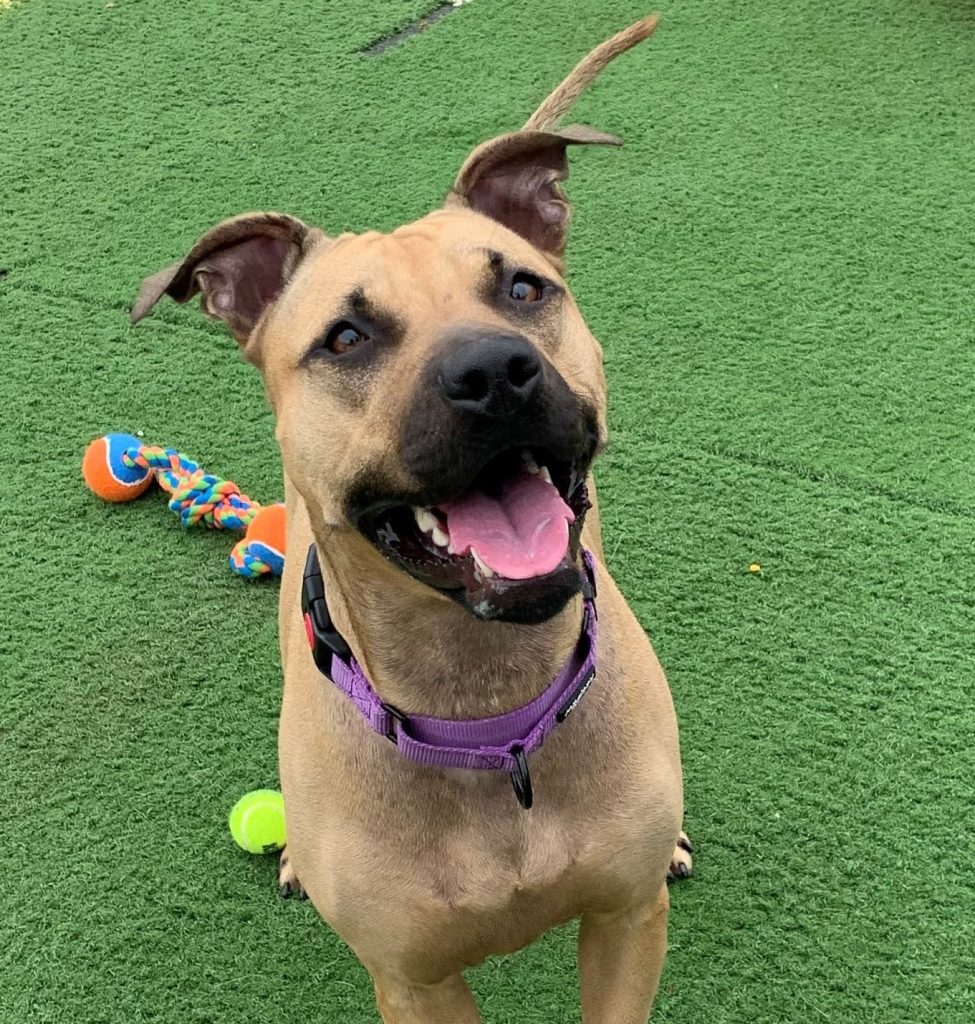 Plio Is A People Pup!

Hello Plio! This 2-year-old gal has a lot of interests. She’s a brilliant dog who knows a few commands. She also enjoys squeaky toys, playing fetch, going on walks, and most of all - cuddles! Plio’s favorite part of the day is hanging out with people who are excited to give her pets and all [...] 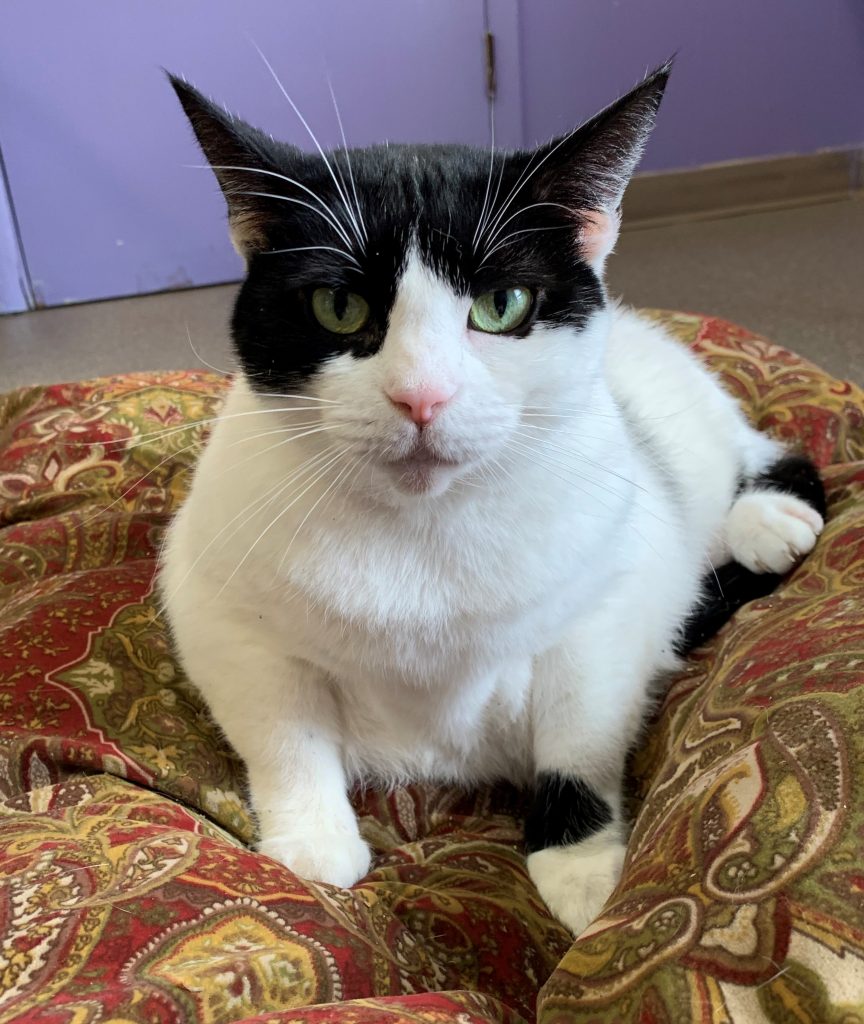 Nefertiti, Queen of the Lobby!

Nefertiti, Queen of the Lobby, is a returning guest of Humane Fort Wayne. Two years ago she was adopted by a kind man that saw her grace and beauty and her FIV diagnosis didn't bother him one bit. Unfortunately he recently passed away and poor Nefertiti, now 8 years old, is in search of a [...] 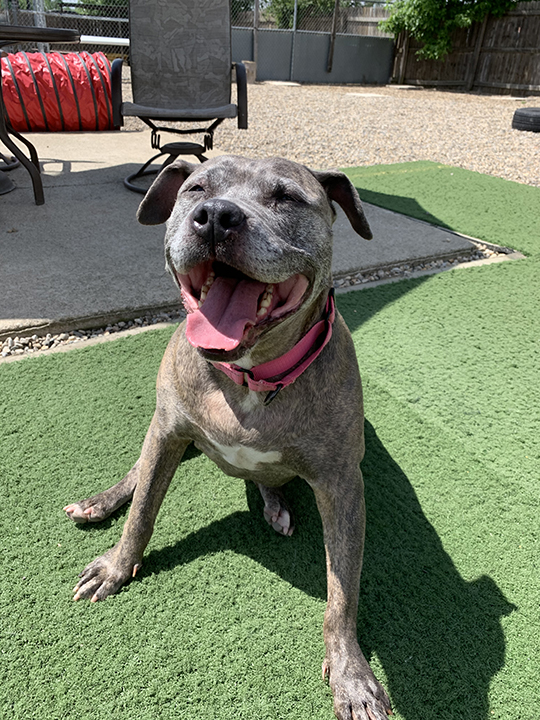 Hey Faye! This 8-year-old Staffordshire, Bull Terrier Mix is super calm and laid back. She would much rather relax by your side and enjoy the nice weather than run around playing fetch, but who can blame her? She’s past her puppy days and she knows what she wants! Faye would do best as the only [...] 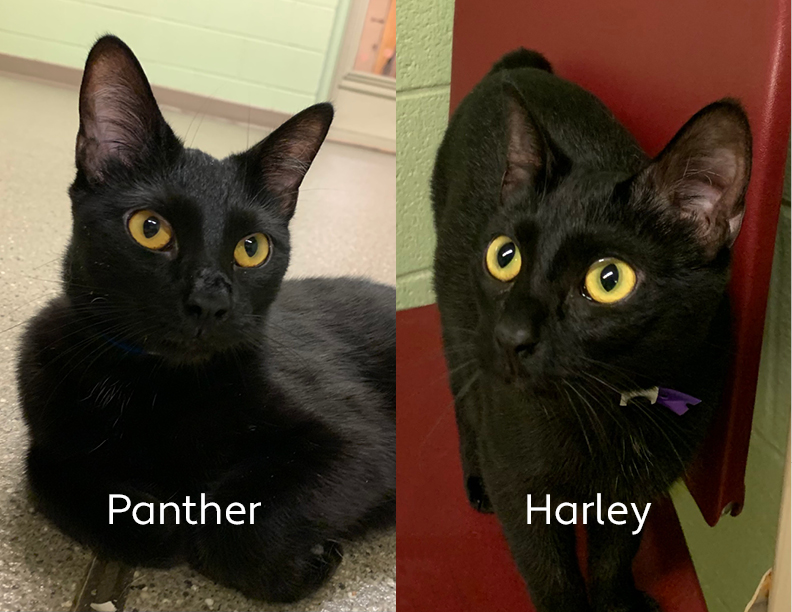 Have you heard of a Manx cat? They’re a special breed of domestic cat originating on the Isle of Man, with a naturally occurring mutation that shortens the tail…and we have TWO here at Humane Fort Wayne! While Manx cats’ coats range in color, our stubby-tailed twins are all black. Panther, the sweet one, and [...] 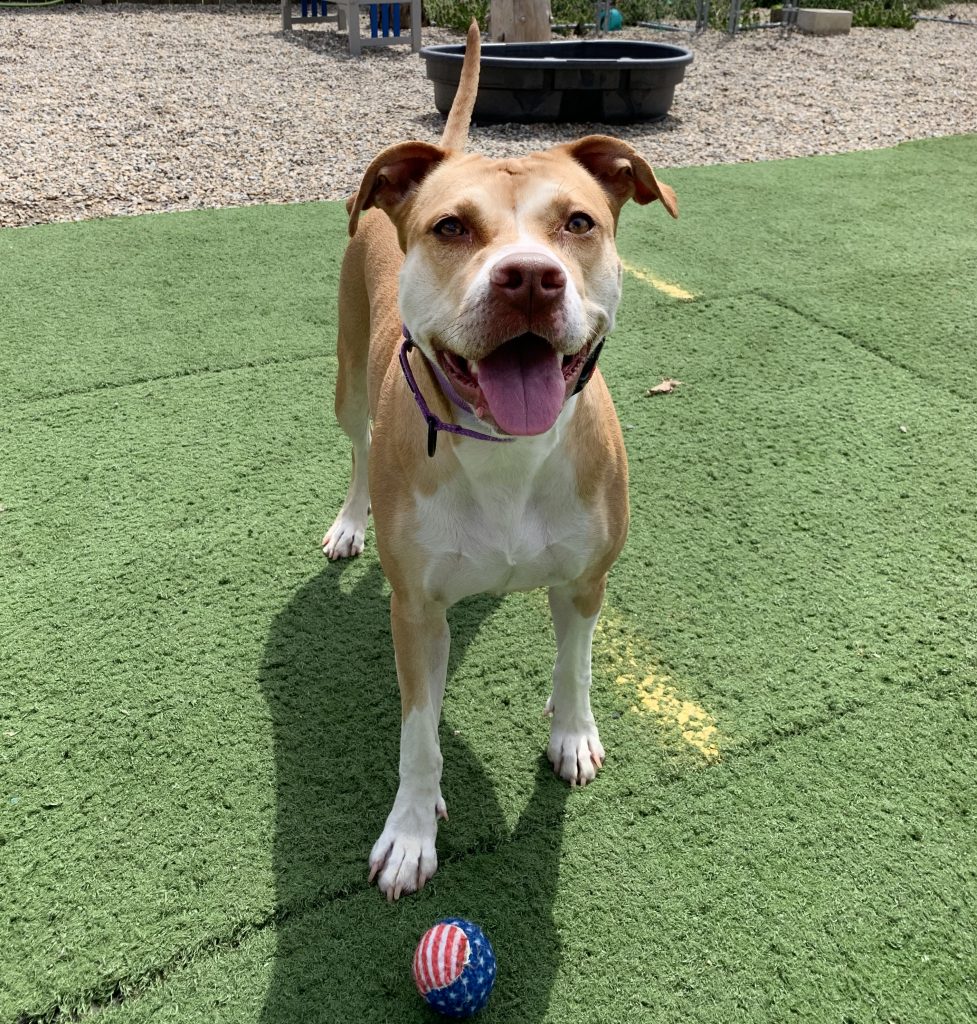 She is beauty, she is grace, playtime with Gratia will put a smile on your face! This gorgeous gal is obsessed with playing ball. And she’s good at it, too! She’ll politely drop her ball in front of you and once you’ve thrown it, she’s as quick as a boomerang to bring it right back [...] 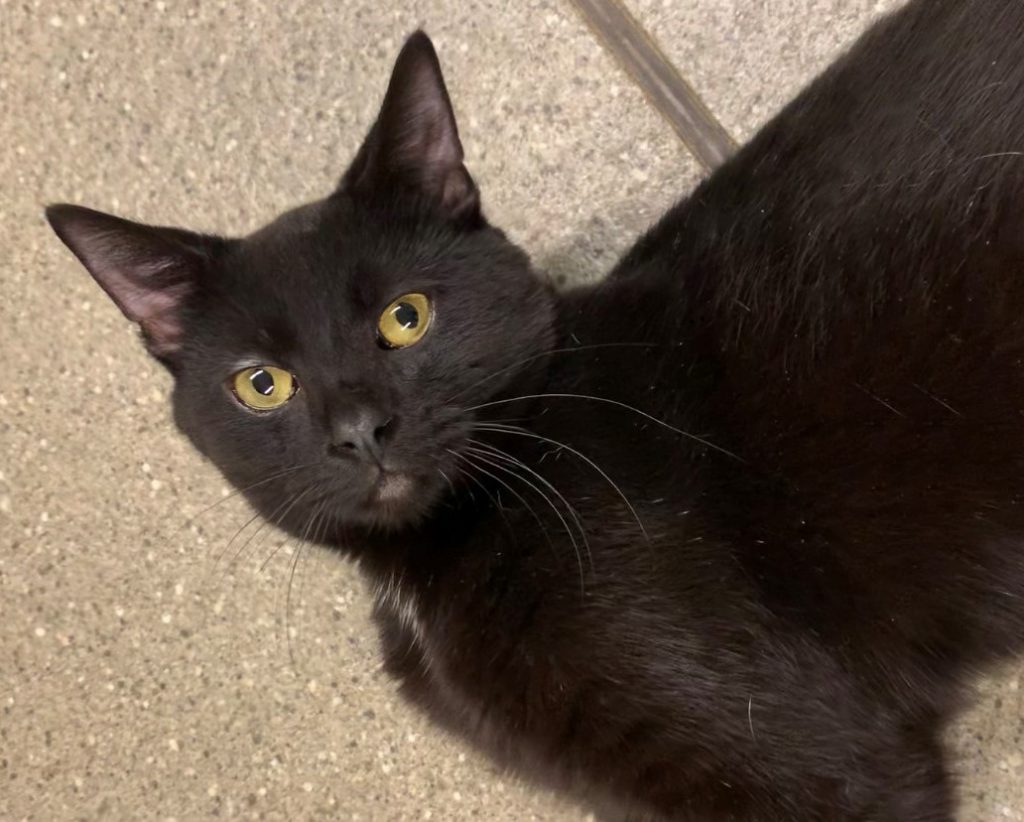 Doctor Barber doesn't know what he wants to be when he grows up, and sometimes when walking, his limbs don't know what they are doing either. His specialty, playtime, is just as silly as it is sporadic, but despite his quirky movements and lack of normal cat balance, he's incredibly affectionate and loves his cat [...] 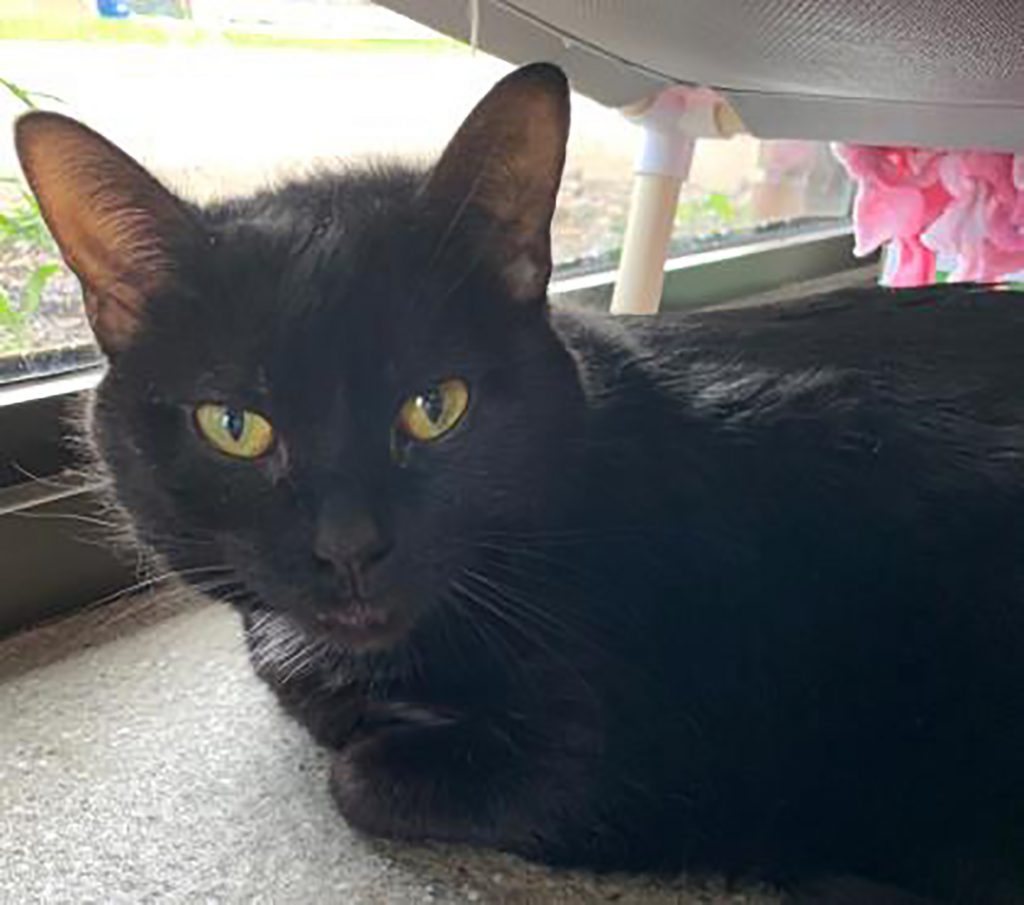 Mia Wallace is the opposite of her Pulp Fiction namesake. She's not much of a dancer, she's vice-free, and prefers to be a wallflower. You may have missed her if you've been in to visit with our cats. She is a phenomenal nurse to fellow feline, Doctor Barber, likes to sit in a lap or [...] 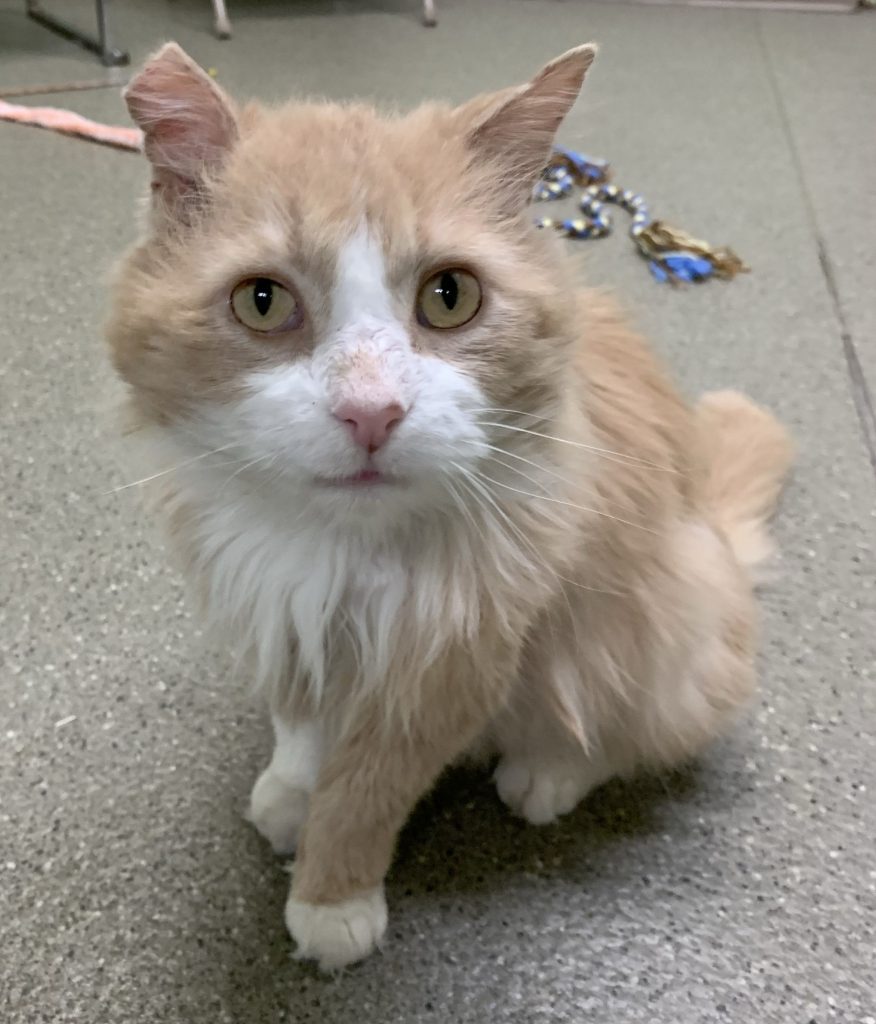 Adam, The Life Of The Paw-ty

Adam might be a senior, but he still likes to party! At 10 years young, he likes memes including Pizza Rat, plays competitive string games, socializes with other people and has hilarious and bawdy stories from his youth. Adam is an asset to any house without other cats or young kids, because let's be honest...he [...] 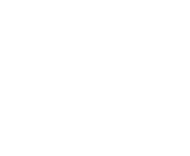 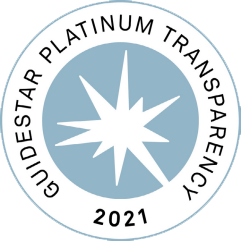